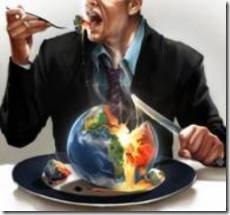 Trump selected as the EPA (Environmental Protection Agency) leader), Andrew Wheeler, a former coal lobbyist. Wheeler and now Trump deny the serious consequences of burning coal. You know: “clean coal.” Now Wheeler has a far greater field of human health to spoil with his greed-based focus. EPA is supposed to test any product accused of causing sickness. Wheeler decided to stop testing reported dangerous sick-makers unless the identity of the person claiming sickness is revealed. Most people feeling sick due to product contamination will not accept such an invasion of their privacy, especially in a nation that attacks “truth tellers.” By refusing to test the product, Wheeler saves the contaminating business a lot of money.

Our president is removing environmental rules and restraints everywhere and as soon as he can. He quit the Paris Climate Accord whose focus is to reduce greenhouse gas emissions. Trump avoids or cancels relationships with many friendly European nations. He stated you can always get a new friend. He thinks that scientists are out to “get him.” He is in sync with emerging oligarchs as members of the same take-it-all gang. He acts as if he is one of super rich. I think his claim to be a billionaire has to do with hiding his tax returns which likely show a lot of illegal activity as well as a gross-exaggeration.

Trump and his extract all you can from Mother Earth cronies seem to think they can survive a climate disaster locked off from all those dying around them. Hence his love for fences. He raves about the need for a southern fence to keep out the starving southern population of climate escaping immigrants. He calls them criminal. Separates them from their children who will never recover to punish these people  for coming here; also Muslims, blacks, women, the list of undesirables who will hurt him goes on and on.

He claims that “climate change” is a Chinese hoax but secretly believes it. That is why he protects his Scotch golf course from a rising sea level. Who are his supporters? Followers are mostly poor Christians who turn their eyes away from biblical definitions of goodness when they choose him. They focus on his being against abortion. We know he has had at least one sex partner who aborted their child. His religious followers say that he is like a child just learning the rules. Some give into hysterical adulation by calling Trump “god” which he happily endorses. Seeing the one who robs you as a god helps you avoid the pain of a seeing yourself as his victim.

Trump lives in the world of money. He only asks of most decisions, will this make me money. This includes digging for oil and cutting trees in national parks. He sees enemies as those who would interfere with his intent to plunder. He rejects those who want to end oil extraction. He applauds the pipes that carry Canada’s dirty “Tar Sands” oil to the coast. These pipes constantly break flooding huge areas of wetlands.

As Naomi Klein, the great environmentalist and writer said, we need to make a change of all things related to burning carbon and we need to do it now. We need public transportation everywhere, free education; buildings powered by sun and wind and earth. War is a great polluter. We need to spend money on survival. If we all act together, we can do this. There is no other place to go.