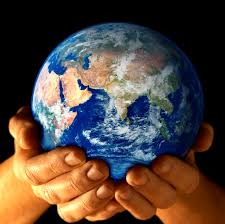 I hear about a terrible childhood, a child abandoned, mistreated, raped, starved, tossed out into the street, to a life of begging and prostitution; or the opposite: I hear of a child endlessly pushed to be better than everyone else at something or at everything, the child’s inner person disregarded, the child pushed out of a sense of self, and I am sad for both of them.

Sometimes I am angry at the ignorance which keeps us digging a ditch in which to throw ourselves. The philosophy of that ditch is ignorance of the manufactured necessity of things the corporations want to sell us. I see the philosophy of ignorance as based on fear.

Like yesterday in the elevator. An elderly woman spoke against the winter rain and coming snow. I said  I hoped for rain and snow. “Oh no,” she exclaimed, especially against the cold of snow. I said we need the water. New York State is in a state of drought, hot on the heels of California which is returning to desert. Another woman spoke to me with an air of disapproval, “You think that?”

Having just written a short essay on needing to return to the Commons, nothing owned, all life taken care of, I had a fierce reaction. I loudly exclaimed: “Drought is not something I think. It is a scientific fact. ” The woman dropped her eyes and scurried away after the elevator door opened. I hurried to her side and said, “I hope you aren’t offended by what I said.” “I’m not,” she said meaning “I am” and walked away faster still.

But of course, she was offended not only by my tone but by my words. She did not want to know that my speaking of local drought had reality behind it. I criticized myself for being speaking with anger, since the way I spoke helped her closed the door of learning. Defensively, I said to myself, but what about my anger over those who disregard emergency? I said, does your anger help? I felt that what I did was wrong but my angry child held on to fighting. We all of us have to deal with the ambivalence of feeling versus knowing.

The part of me that identifies with the underdog was outraged. I was angry that she did not allow herself to see the painful death that is fast approaching. It is said that by mid-century, 50% of all wild creatures will be dead. Rather than having centuries to study our criminal neglect, we humans go with them. I was angry at her for needing not to know. I was angry at her for the weakness that we share.

I tell myself I need to learn to curb my temper in order to have a good effect. I tell myself that I have to learn how to gracefully fail.