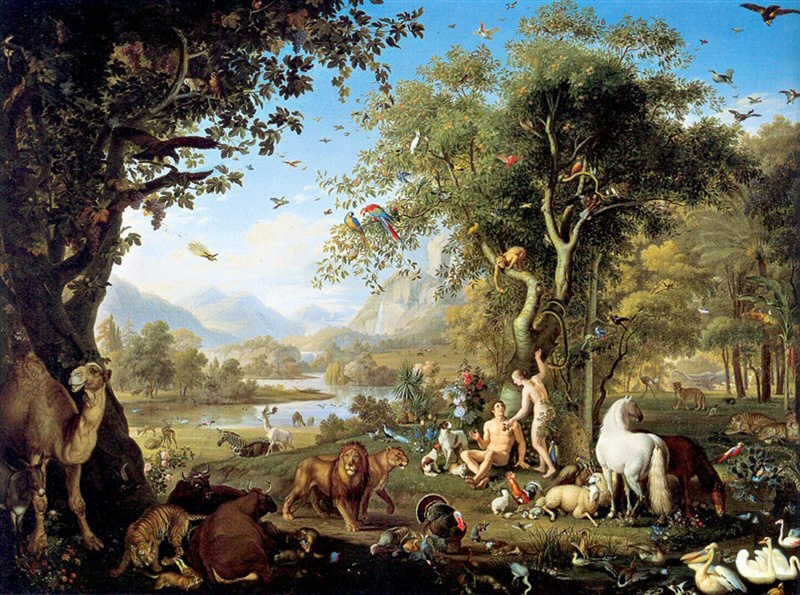 Survivors of concentration camps were the ones that were motivated to get through great hardship in order to tell their story the starvation and freezing and cholera and typhus, typhoid, and diphtheria; the murder of parents and siblings and children. The weak ones were chosen to go first, the strong ones consigned to back-breaking work half clothed in freezing weather until they succumbed. Some were shot in groups after digging their graves, many perished breathing poisonous gas after supposedly cleansing showers. The survivors see themselves as griots, who sustain their lineage by telling its history. Not knowing your history keeps you from knowing what makes you who you are.

What kind of history created this Anthropocene era, leaders pulling the masses into a murderous spree in which we use up everything possible , consuming all of it now as if there is no tomorrow in which we may need some more of it, no consideration of that object’s right to exist; we kill as an act of power over those we want to subdue like knocking off most of the buffaloes even from train windows to subdue the natives. Currently, we see economic value which turns an earth-object,mineral, animal or plant into money. We exterminate whole species of sea life, as a necessary byproduct of using gigantic nets to harvest certain fish, dumping the rest all dead, overboard, the turtles and sharks and porpoises and….We transform sensate beings and living plants into inanimate objects. We turn everything into nothing.

Since Congress said that money is a form of speech and that corporations are people, everything is for sale. Protective fences can be removed by those who claim ownership often at the point of a gun. The corporation or corporate man buys the local “commons” so that the local dwellers  can no longer graze their sheep, later sheer them for wool which is woven and made into clothing. The man is deprived of the land he needs to raise what he eats. If he buys instead of inheriting his farm, bank interest makes it impossible for him to keep it. He cannot control his destiny. Has no place to call home.

We who argue for the preservation of life have insufficient funds to “persuade” elected officials to support it. Greed and stupidity rule them (rule us as well if we believe what we are told about the wonderful advancement that will soon be ours if we give up our land connection. Greed and stupidity  are driving us all to extinction.

How important are trees in the Brazilian Amazon rain forest, trees that hold onto shallow top soil with their roots and create oxygen from their leaves? Not as important to the “modern man” who wants to raise cattle to sell to McDonald’s. The man is rarely native. He does not love the earth and his connection to it.  His only connection to it is his need for wealth. He and his gang kill natives who object to losing their home and garden; either that or allows them to work as near-slaves. He cuts down every tree in order to plant grass. It is not long before the rainy season washes away the topsoil with its grass. Nothing grows there now. Cows without grass become stringy and unsellable. The cattlemen will have to move on, to destroy a new section of the forest and leave behind a growing desert.

Why are there no magnet-powered trains which can take us to every little town? How did the auto industry take over so that now we only can travel by car on endlessly expanding roads? Corporations that build cars, dig roads, extract, refine and sell gas, have purchased Congressional votes. Lawmakers go deaf whenever a natural approach is mentioned. Those who want non-polluting trains have insufficient funds to get the ear of Congress. Humans are amazingly repetitive. Once some process has been installed, it becomes the only way to do it. Money is the glue for this. A terrible fear of poverty annihilates the possibility of change.

Environmental solutions are called “romantic” by those in power by which they mean unrealistic and unimportant. The Anthropocene “extractors” have the fantasy of a future solution to the damage they are causing. They have no sense of time, no idea that time is running out. Anthropocene means man-created disaster.  If we admit to harming the earth and all its dwellers, to what extent have we come to think our destruction is inevitable? Such an idea is a severe narrowing of vision. The “use-it-up” society is mentally myopic.

Corporations exist in the present. They have cash registers in the place of hearts. Congressmen are on a short leash. When environmentally sensitive people argue against turning trees into paper/plywood; or cutting them down to plant coconut trees for coconut oil, they turn away. Who can convince them of our need for the multiplicity of living things instead of making a profit? The Anthropocene mentality regards the market as its god. All living things which suffer from corporate “taking” and are disregarded.

We feel our loss of a clear sky and pure water, of bird song. We react to starving iceless polar bears and emaciated baby seals and …. How are we to react to these losses? Hopelessness guarantees permitting more destruction especially by denying its existence or its size. Unable to handle hopelessness we give up our morality. Shades fall down between our sense of self and our painful feelings. We become robotic. Or we accept the market mentality, a join them if you can’t lick them approach. It is OK to devour nature.

Indifference is the attitude of those who have given up. They are dead before their body falls. A spirit disconnected from life is into dying. I say no to that. What is our tax money going for? What do we want our government to provide? We want free schools and free medicine, woods to walk in, bird song in the spring, clean air to breath and clean water to drink. We want a living world.

We are told that the great extinction we are causing is a natural thing and that some animals will adapt to their loss of habit. Lies. Feel your pain. Your anger. What are you going to do about preserving life?

Get my book Unloved Again today! Email me directly at elangolomb@gmail.com in order to get your signed copy. Hardcover ($25 including shipping) and Paperback ($16 Squareup.com/store/elangolomb) .