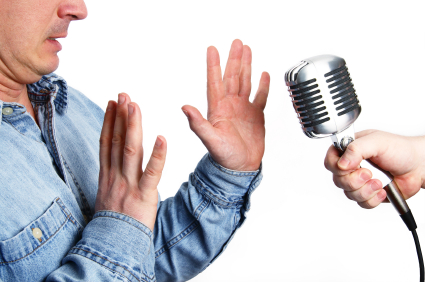 Many of us have not developed enough courage. By enough, I mean courage that carries us through when we meet a frightening obstacle. We weren’t taught how to develop courage by parents who lacked it or were bullies who needed our submission. We shake in our booties when courage is required to face something or someone who disagrees. We run from the scene and take drugs to suppress our feelings.

After a lifetime of doing what we are supposed to do as was dictated by parents who were cowards or bullies, we are well acquainted with helplessness and fear. In my book Unloved Again, many people are overwhelmed by the fear of taking a new position with their lover. They are afraid to be known. Expecting doom for not going along with the other’s program leaves them no place to be themselves. They feel like failures but are relieved at having survived the latest encounter. Their reaction to the bully is thought to be life-threatening because the internal child which I call the frozen child fears being extinguished by the internalized parent the freezing parent. The frozen child shapes the adult’s lack of courage and even causes them to choose partners who are dangerous. The negative life of childhood lives on.

But what are we to do who were raised by bullies, or cowards, or people who had no time or interest to introduce us to the path of courage? It is interesting to think of American Indians before being destroyed by ravaging and land-hungry conquerors. They had  ceremonial rites to develop the child’s courage and to induce spiritual visions. The child  remained alone on a remote spot for days, with fantasies of being hurt or killed by roaming beasts until these passed away as mere thoughts and wilderness in all its manifestations was seen as a  relative and friend.

We adults need to create time to witness our fears, to live through what we fear the most ’til we get to the other side. If our fearful vision is not easily erased we need to do the feared thing over and over again until objectivity is accomplished. We “moderns” are overly trained to heed our feelings as representing a true reality rather than resurrecting an ancient fear or need.

I was raised by a linguist who was a critic. Nothing I ever said was said  was well pronounced or ideationally correct. I was subjected to  one loud and angry attack after another. I became a very soft speaker if I spoke at all. Better to not be heard. Years later, I wrote for a local paper. Writing a column felt to be distant from me.  However, even here there were reactions. Readers sent me letters of hate when I spoke about seriously misguided parents who had sex with their children as acts of love. My editor called my highly disputed column a success.

At one point, my cabin was full of visiting family which left me no place to think and write. I heard that Connie had a place to rent from a friend. I met Connie, now my deepest friend, in the garden to Pacem in Terris and asked if I could rent a room. She said please come back at 6 to discuss it. I had no idea that she had a secret plan when I entered The Dove Cottage. Saw a bunch of people sitting in a circle looking at a script. One handed me a copy. I was going to give it back and flee. My adult mind said nothing doing and made me stay. There weren’t enough actors so everyone got a part. Mine was the tiny part of “aunt.” I rehearsed every single day fearing I would forget the lines or say them at the wrong time. My father teased me cruelly about my venture into acting. His tone and speech indicated that I would be a flop.

But I wasn’t a flop. I remembered my lines and said them on cue. I emerged after the play was over to see my mother learning on the creek wall next to the playhouse, I thought she laughing at me but it turned out she wept with pleasure. Slowly, slowly the idea was emerging that I could speak and be heard. I was bullied into further developing this notion when a friend said, “Get a radio program.” I went to the local station, WTBQ and said I want to do a program called “Mind’s Eye” To my horror they agreed.

Well, this went on for a few years, me puzzling aloud about human behavior, even interviewing guests.  Now I am almost totally devoid of  the fear of speaking out. Developing courage takes practice, a lot of it.