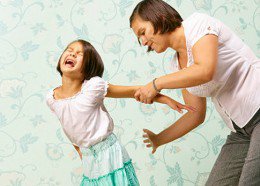 She told me of her history,  said how she avoided men who could love; like the one she met on her job in a far away land teaching modern dance. He was a handsome, accomplished, intelligent man who courted her but she could not take him seriously. He did not stir her heart, a negligible man. He offered himself to her. She kept her distance.

OK.. You might say that not everybody appeals to everybody. But after dashing past a series of eligible men, she one she chose  was totally self-entered and punishing. He verbally attacked her for deviating from his opinion in the slightest way and exhibited rage if she  seemed to look at another man. He prohibited her from being her own person. One time when they were driving and she disagreed about how to get to their destination he stopped driving by the side of the road and dumped her out of the car. Later, against every part of her that was screaming no, she married him.

She thought he was horrible. She minimized what he had done to her and took the blame, with which he certainly agreed. She did what she had to do with a mother who claimed that no one but Mom ever loved her and if she didn’t stay in alignment with mother’s laws and needs and moods or she would be left behind when Mom went to live in some southern state each the winter. Controlled or dumped by the mother who claimed to love her, the  underlying philosophy was to hell with her daughter’s schoolmates, friends, known teachers, plans. The man her daughter married was a copy of her mother. The universe revolved around him.

She told me that she didn’t know why she had no interest in “nice” men. I answered that superficially you do not know the answer but deep down you know it full well. Why would you keep yourself away from loving kindness? In the unconscious where Mom lives, only Mom calls the shots. When she said told you “no one loves you but me,” she meant that you are to love no one but me. That law still holds as long as you turn away from the nice ones.

All of us who were raised by cruel, self-centered, rejecting parents have to become aware that our boredom and disinterest is due to fear of our internal parent. It is a big step to disown this allegiance and move into the closeness with another human being who is capable of love. Your internal parent will attack you, that’s for sure. Your internal child will cower before the parent’s rage. The adult must decide whether these two will continue to rule you.

It is not a matter of growing your inner child. The inner child is an historic memory and cannot grow. It is not a matter of integrating the child into the adult for the same reason.  The child has no place in adulthood. Adults have to become aware of their desire for closeness in ways that do not rob them of their sense of self. The adult has to distinguish how it was in childhood from how it is now and if you find no difference, your adult self is compromised by childhood. My recently published book Unloved Again is all about learning  how to move on.